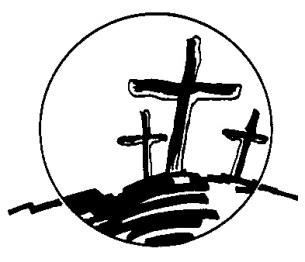 What do we celebrate this time of year? Easter eggs, family time, going to church together? What do these coming days actually mean for us? As we anticipate a consideration of what Jesus did on on the cross, I would like to focus on five important, biblical words that tell us what Jesus accomplished.

Our first word is filled with Old Testament meaning and biblical significance for the Christian, even though sacrifice is not widely practiced in the present day. We use the word sacrifice often today, but not in the biblical sense of the word. A sacrifice was something offered up in the temple for sin, whether it was a burnt offering, a peace offering, a sin offering, or a guilt offering.

In the temple offerings, the worshipper brought the sacrifice near to God in worship. He would lay hands on the sacrifice and kill the animal. The priest would then take the blood and handle it in different ways, depending on the offering. The sacrifice was then burned on the altar and the carcass was disposed of, if need be. Sacrifices were intended to atone for the sins of the people, although none of them brought complete atonement (Heb. 10:4, 9:9).

Central to sacrifices was the shedding of blood. Without the shedding of blood there was no forgiveness of sins (Heb. 9:22), a truth emphasized in Lev. 17:11. The whole sacrifice, symbolized by the blood, was intended to atone for sins. When the New Testament writers used the term blood they meant that Christ had died.  “And if they used the expression in a way that recalls the sacrifices and the blood shed in them, then they meant that the death of Jesus is to be seen as a sacrifice which accomplishes in reality what the old sacrifices pointed to but could not do (Leon Morris).”

Leon Morris helps to summarize for us the meaning of the sacrificial system, and more specifically what the sacrifice of Jesus means for us. According to Leon Morris, sacrifice emphasizes at least these five things when we think about the atonement:

In the ancient sanctuary, everything was done to emphasize the holiness of God.  Sin meant that one was not fit to approach the holy God. Our sin separates us from God. We are not perfect as our heavenly Father is perfect (Mt. 5:48).

All that is done in the sacrifice, including the manipulation of the blood and the burning of the parts of the sacrifice, speaks of the necessity of death.  “Sin is not some trifle, to be airily dismissed with no effort.  Sin means death (Ezk. 18:4; Rom. 6:23) and nothing less suffices to take it away.”  Jesus’ substitutionary death paid the penalty for our sins.

“I will not sacrifice to the Lord my God burnt offerings that cost me nothing”  (2 Sam. 24:24).  “The use of the terminology of sacrifice means that the way of forgiveness is costly.  It is not until we come to the death of Jesus on the cross that we can see the full meaning of costliness.  But inherent in the concept is the forgiveness comes only at a cost.”

According to the New Testament we are to respond to the sacrifice of Christ.  “The sacrifice of Christ means that the way of salvation is free; but it does not mean that it is cheap… Christ has made the perfect sacrifice, and ‘there is no longer any sacrifice for sin’.” Read Romans 12:1-2 and understand Christ’s sacrifice as the mercy of God to us, something to which we are called to respond.

Think and meditate upon the sacrifice of Jesus. Remember the defilement of your sin, the cost of the sacrifice, and the effectiveness of his death (Heb. 10:14). If you have never trusted in Christ, trust his sacrifice for you to pay the penalty for your sins.