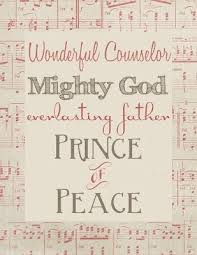 “There shall come forth a shoot from the stump of Jesse, and a branch from his roots shall bear fruit.” (Isaiah 11:1)

A couple years ago, our neighbor cut down the tree that stood between her driveway and our yard. It was one of those liquid amber trees that produces the meatball shaped seeds. The stump was left between our two yards, and it started to produce shoots from the stump and from the roots. I had to kill the shoots, because they were growing in my yard.

That is the picture that Isaiah has in mind as he writes this prophecy. God’s line of kings will be cut down like that tree, because of disobedience to what God requires. Things will turn from bad to worse for God’s people and their kings: “the time will come when all signs of life in the Davidic monarchy will have disappeared, like a tree cut to the stump, but there remains a secret vitality” (Alec Motyer).

Isaiah writes just that in 6:13: “And though a tenth remain in it, it will be burned again, like a terebinth or an oak, whose stump remains when it is felled. The holy seed is its stump” (Isaiah 6:13). This will be a result of the sins of God’s people. Like Ahaz in chapter 7, God’s people will stop believing in God. But all hope will not be lost.

Someone will come from this stump. What is amazing is that it will not be a king like David, it will be another David. When a shoot comes from the stump of Jesse, from the family of Jesse, it must be another, better David. “Afterward the children of Israel shall return and seek the Lord their God, and David their king, and they shall come in fear to the Lord and to his goodness in the latter days” (Hosea 3:5).

David was a great king, but a greater David, Jesus, was prophesied to come later. God would cut down his tree, on purpose, for their sin. But in the chopping down of the tree, he had a plan to raise up another from the stump who would succeed where his people failed. The fruit that comes is you and I, when we trust in Jesus as King and Savior.